Ice Age with Was She a Vampire - An Interview 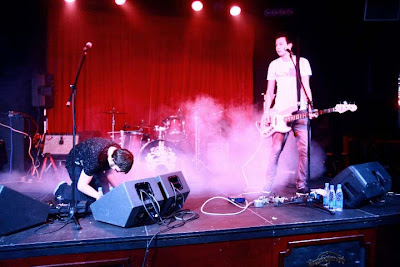 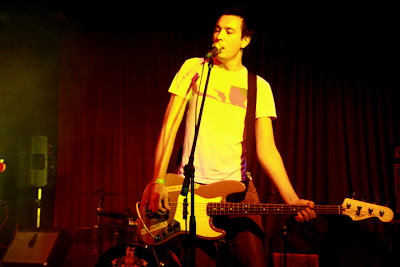 Q. When did you Was she a Vampire starts?
A.It was cold February of 2010, Dan Mynameisdan as guitar player and Fedr Pi as drummer asked Damir 427 to play bass in the new loud noisy shoegaze band. Then during the late spring Dan left the band and came Dmitri Denisov as new crazy guitar player. Also the band had different names in the beginning but when Dmitri came the name was established as Was She A Vampire.

Q. What are your influences?
A. Of course the gorgeous band Skywave, Sonic Youth era and amazing Ceremony with A Place to Bury Strangers.

Q. tell us about the recording process from the ep?
A.It was hard work, which took us 3 days almost without taking a nap. We recorded in 2 studios with awesome vintage equipment, which is hard to find nowadays. But the result is loved by many people.

Q, Tell us about playing live.?
A.We have live shows every month and last time we played in the one of the best clubs in Moscow - 16 tons. Every gig we do our best to improve the skills of playing live, Distribute all our passion and power we can.Besides the sound influence also we try to make a visual performance on the shows, to impress listeners from all sides. 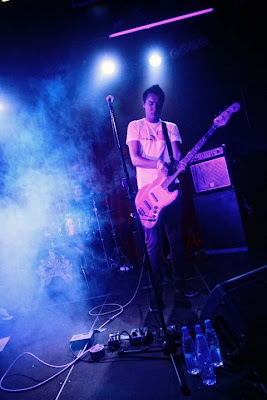 Q. Tell us about the new current shoegazer and post punk scene in russia...
A.Russia is developing country, actually the age of country is 20 years, because before was USSR, which was closed for freedom. Similar to music - it's growing up. Mostly Russian music is pop=crap. But we are proud of some cool bands as pinkshinyultrablast, Victory Park, Glass Drip Glass, Inverse and Tip Top Tellix

Q. What do you think about the classic shoegaze era?
A.it was a good time, and we'd like to be a bystanders of those times. That time made good impact in music understanding and it's atmosphere, it's sad that many of those musicians weren't understood then, but from other side it's advantage

Q.Which new bands you recommended?
A.These bands are the greatest: Stellarium, Glass Drip Glass, Pinkshinyultrablast, Between The Cities Are Stars, Me you us them, bloody knives, 800beloved and of course Ceremony!

Q. Which songs by other bands would you like to do cover versions of?
A.we think about it... 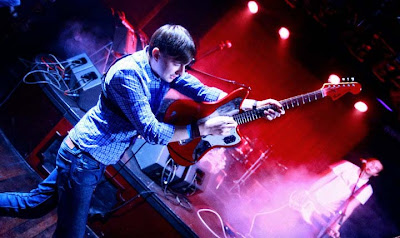 Q. What are the plans for the future?
A.to record album- this is a goal! there are a bunch of nice new tunes, and it needs very very much work to record it in the best way.