The Directory with Silent Runners - An Interview 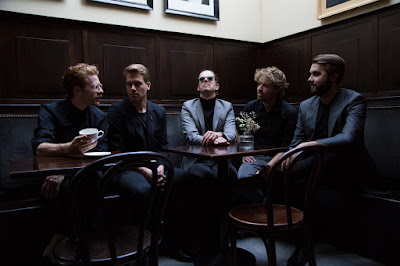 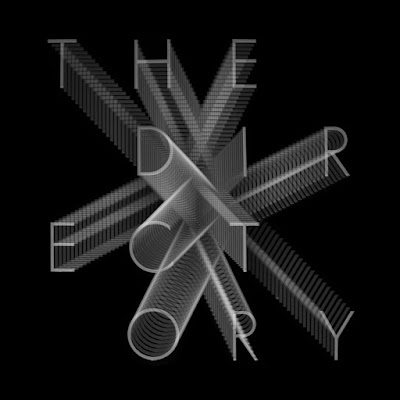 Q. When did Silent Runners start? Tell us about the history...
Even though Silent Runner is only a few years old (2014), our band members have a long history together. Drummer Frank and singer Dolf played together since the start of high school (the metal years). Stanley, the guitarist, started playing with them around 10 years ago. A few years before bass player Jan joined. In all those years we made quite some different music, from electro trip-hop to symphonic pop/rock. But in the end we always loved the dark 80’s synth sound. After our last band ‘broke up’, we wanted something new. Most of all we wanted to make music that would lead to energetic live shows. We experimented with 80’s synth music for a while, until we found our current sound. That’s when our key player Joep joined. Since then, we are Silent Runners.

Q: Who are your influences?
It’s a hard question. We all love new wave and post punk, but we all have pretty broad and different musical interests. Ranging from hip-hop to folk, Timber Timbre to Radiohead. Of course we can’t deny that we look up to the big names such as Joy Division, Depeche Mode and new bands such as The Soft Moon, Cold Showers, etc. but we always try to stretch the boundaries of the genre in one way or another. We play with familiar sounds and add something new to it. To keep it fun for ourselves, but also to surprise the audience. On our latest album The Directory you hear a lot of different influences, ranging from krautrock to techno. You’ll even find traditional Japanese drums on the records. Some of our rhythms have a groove that isn’t necessarily new-wave or post-punk. We just mix and match until it feels right.

Q. How do you feel playing live?
Silent Runners is a real live band. We love writing the songs and recording the records, but in the end the thing that really makes us happy is to perform for an audience. For us, a good Silent Runners show is a bit unpredictable and sometimes chaotic. We need drive and energy on stage.

Q. How do you describe Silent Runners sounds?
Neon night clubs and factory floors, mixed with a lot of reverb and drive. You can describe our sound as dark, but it’s not necessarily depressing. Sometimes a song can be even darker if you mix it with some sparks of light. On the new album you’ll find quite some different tracks, even though the vocals, synth and guitar sounds bring it all together.


Q: Tell us about the process of recording the songs ?
The EP (2015) was written during rehearsals. We just play together until we hear something interesting. Then we build on that. We make a habit of recording every little idea, so we can later come back to it. Our album The Directory was written in the studio, without actually playing the songs live. The songs are more composed that way. That means you have a lot of time to work on the details and sound, but capturing the live feel is a bigger challenge. Our next work will probably be another ‘rehearsal’ space record.

Q. Which new bands do you recommend?
There’s a lot of great music around! Some bands: Whispering Sons, Thalamus, Joseph of Mercury, U.S. Girls, Amnesia Scanner, Promiseland (not to be confused with Promise Land, the Christian metal band).

Q: Which band would you love to made a cover version of?
We like to make covers of songs that don’t originally fit in our genre. Then we can change the sound of the song and just pick a few interesting elements from the original that we want to use. For example, with our last band we covered Slow by Kylie Minogue. We still have to find the right song to cover with Silent Runners…

Q: What are your plans for the future?
To crush our enemies. To see them driven before us and hear the lamentation of their women. And play lots of shows.

Q: Any parting words?
Astronaut, shampoo, didgeridoo.
Thanks for supporting us and all the other great bands on your blog! All the best.
*
*
*
Thanks