Intruder with Team Tremolo - An Interview 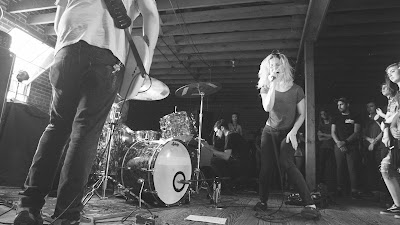 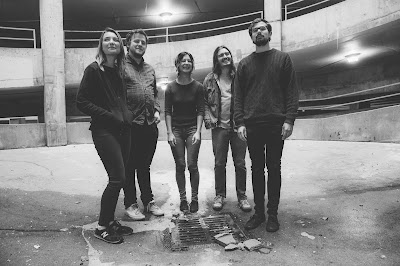 Q. When did Team Tremolo start? Tell us about the history...
Team Tremolo started as my personal outlet for songwriting after I had spent many years touring as a drummer. I wanted to do something different, and I really loved heavy bands like Torche at the time, so I wanted to emulate that heaviness. I started demoing the songs in my bedroom, and after about a year and a half, I decided it would be more beneficial to have a full live band to accompany me. We did a few shows, most notably opening for La Dispute in our hometown back in May of 2016. Around December 2016 we started the demo process for Intruder, and spent the spring of 2017 working on it.

Q: Who are your influences?
Some of my earliest influences were the typical classic rock bands like Zeppelin and Sabbath. As I started playing in bands, I got exposed to 90's guitar rock like Pavement and Dinosaur Jr., which had a big influence. In the last five years or so I got really into shoe gaze—My Bloody Valentine, Swervedriver, Cocteau Twins, etc. The band Failure is a very large influence, especially in terms of their production on their albums. That was a big influence for the sound of Intruder.

Q. Make a list of 5 albuns of all time…
Top five albums (in no particular order)
"Fantastic Planet" by Failure
"Further Out" by Cloakroom
"Mezcal Head" by Swervedriver
"S/T" by Elliott Smith
"You're Living All Over Me" by Dinosaur Jr.

Q. How do you feel playing live?
Since I am first and foremost a drummer, playing live with Team Tremolo is a bit different for me since I play guitar. I'm not as comfortable playing live on guitar, but it is a ton of fun for me, and a completely different experience than playing drums. I love the volume of live shows, and the energy that is created on stage. Because the album is so dense in terms of production, we try and make up for that in our live shows with energy and loudness.


Q. How do you describe Team Tremolo sounds?
I usually describe Team Tremolo to people as being "heavy shoe gaze". I wanted to blend the power and angst of 90's grunge with the softness and atmosphere of shoegaze. I wanted it to be muscular in its riffs, but delicate in the vocal delivery. I tried to keep it equal parts aggressive and sensitive.

Q: Tell us about the process of recording the songs ?
We recorded the album at Air House Studios in Wichita, KS, which is our hometown. The engineer and co-producer Micajah Ryan is a close friend of ours, and someone we've worked with many times before. After getting pre-production done at our rehearsal space, we went into the studio in February of 2016 to start tracking drums. The rest of the recording process went super smoothly, and by April we had everything tracked. Throughout April and May, Micajah and I worked together pretty heavily on getting the mix just right, and by June it was all done. Overall it was a really fun project, and everyone gets along so well, there was a real synergy in the studio.

Q. Which new bands do you recommend?
I've been listening to this band called "Mossbreaker" a ton—they're a new band that sounds a lot like Failure and they totally rule. Cloakroom is another band that I've kept my eyes on pretty closely. Their debut LP Further Out is awesome, as well as their brand new album Time Well. There's a pop artist named Alex Cameron that is super good, I've been jamming his old record Jumping the Shark, and have been listening to the singles from his new album Forced Witness as those trickle out. Excellent 80's-throwback pop.

Q: Which band would you love to made a cover version of?
If we could make ourselves into a heavy Kate Bush cover band, that would literally be a dream come true. We're working on getting together a cover of "Running Up That Hill" right now, actually.

Q: What are your plans for the future?
Plans for the future include regional and light touring, as well as trying to get to Austin this spring for SXSW, and starting work on a full-length album next year as well.

Q: Any parting words?
Listen to Intruder very loudly, and with good headphones.
*
*
*
Thanks