The Upper Room with VV & The Void - An Interview 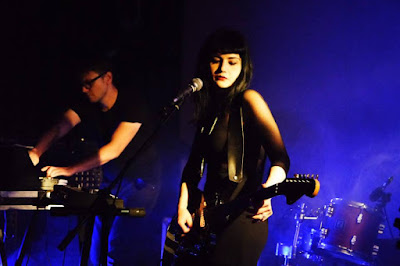 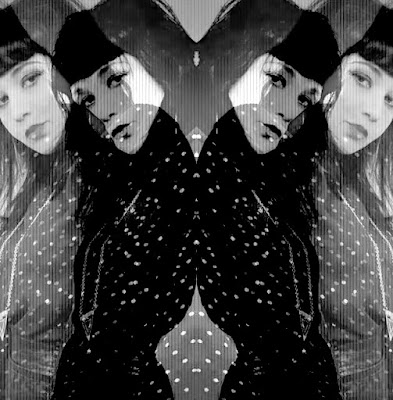 Q. When did VV & The Void start? Tell us about the history...
VV & The Void has been formed in Melbourne, Australia in 2014.

After spending seven years in Rome studying film and sound engineering, I began performing in a few local bands with whom I had the pleasure of opening for artists like Peter Murphy and Legend ary Pink Dots. Then, I moved to Berlin and joined a band called, "House of Light;" playings synths and singing. With HOL, I toured, extensively all over the US, Europe and Australia; where I moved to in 2014 for all almost two years. Most of the songs and material I wrote for VV & The Void has been recorded between Los Angeles, Berlin and Melbourne while on the road.
Q: Who are your influences?
Voids, Empty Rooms, Empty Pages, Empty Streets, Storms, Night Skies, Occult, Rituals, Magick, Light, Black Holes, Opiates, Sex, Death, Fears, Expressionism, French Poets, Excesses, Dada, Avantgarde, Obsessions

Q. How do you feel playing live?
It feels like a sort of healing ritual… a mix of sexual and mystical intercourse.

Q: Tell us about the process of recording the songs ?
I usually record at home in my own studio in Berlin. When I travel, I generally get very inspired and so I always make sure to bring some type of portable studio with me to work anytime; especially on editing or lyrics. Normally, I start with building beats using drum machines or self-designed, drum patterns, and then add synthesizers, guitars, bass guitar, and, finally, vocals. I rarely use virtual instruments because I like building my own sound by experimenting with pedals and modulators.

Q: Which band would you love to made a cover version of?
I never much liked covering other bands. It makes me feel uncomfortable. This one is a tough one for me.

Q: What are your plans for the future?
The album is set for release in winter this year. Lindsay Gravina (HTRK,The Birthday Party, Rowland S. Howard, Swervedriver), has been mixing the album at his awesome Birdland Studios in Melbourne, Australia. The album features guests musicians like Brandon Robert of Night Nail, Ian Jackson, Sven Claussen of Din A Tod/Sleepless in Pyongyang, Justin de Vries of House of Light, Matthew W. Mero, Phillip Haut (The Centimeters, The Warlocks, Ariel Pink) and Henry Wilson of Exek. In the meantime, I will be releasing my second video “God Machine”, shot in a stunning, Berlin forest by Aude Francoise. DSTM, a great fashion designer, is also featured in the video. In the next few weeks, I will be working on a brand new video for the song “Idol Worship" with a Berlin-based director & visual artist, originally from Mexico City named, Alejandro Moncada
Q: Any parting words?
Thanks for supporting us, without passionate people like you we couldn’t keep it alive… <3 br="">*
*
*
Thanks