Song to Learn and Sing with Ronan Conroy - An Interview 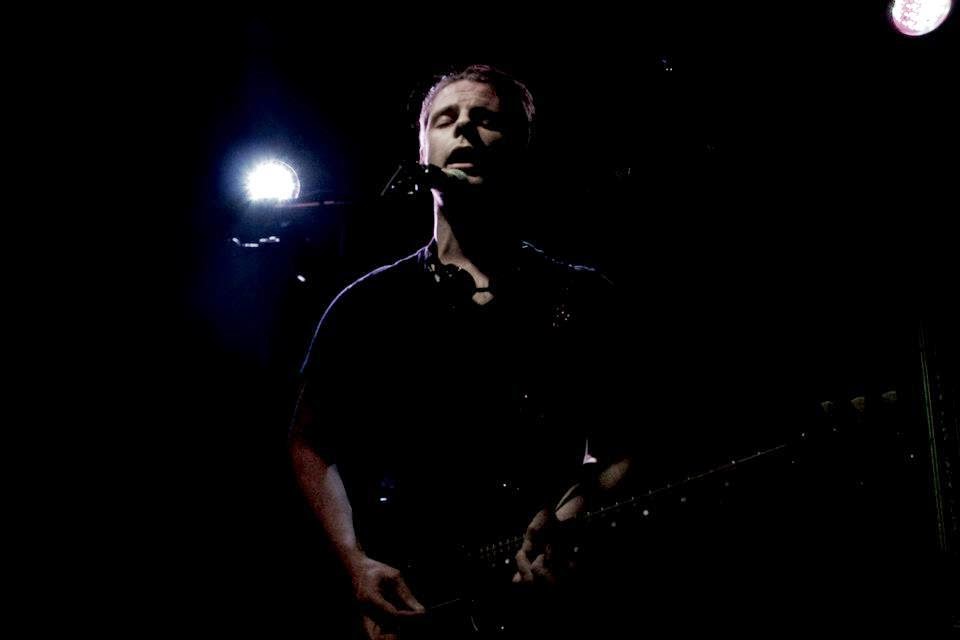 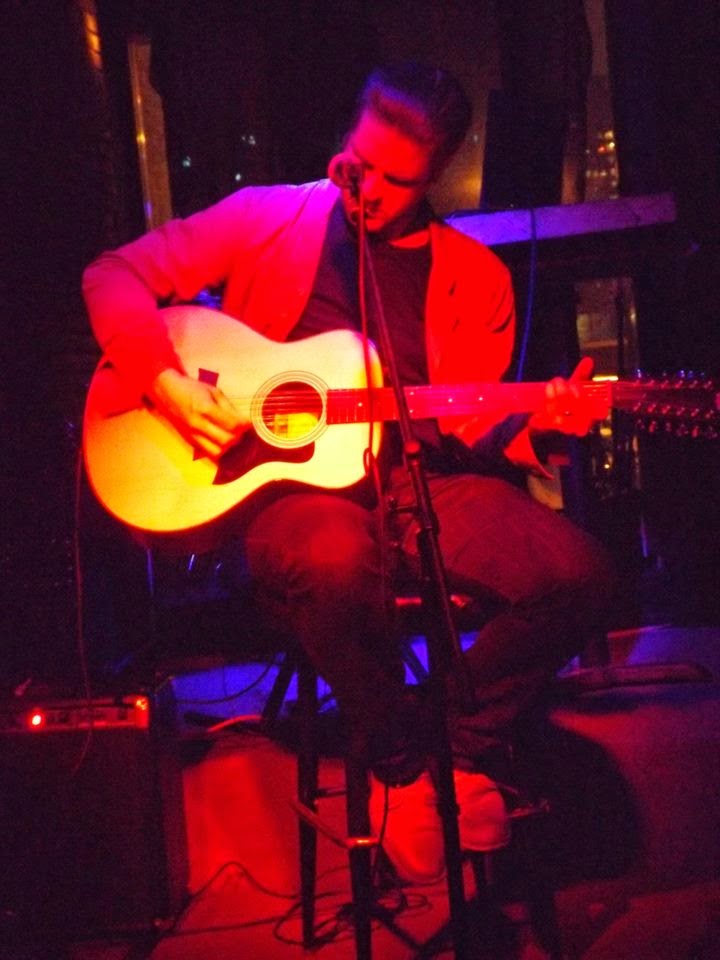 Q. When did you start? Tell us about the history.
I grew up listening to the music of my older brothers - David Bowie, A-Ha, Duran Duran, the Cure, New Order. I started playing guitar when I was around 15 years old, learning songs like "Wild Thing" and eventually moving onto the 12-bar blues while listening to John Lee Hooker records. A high school friend introduced me to the Beatles, Jimi Hendrix, Cream. College friends introduced me to indie and grunge - Dinosaur Jr, Bob Mould (Husker Du, Sugar), Sonic Youth, Nirvana. Later, when I moved to New York, people turned me onto Pink Floyd, Frank Zappa, Stravinsky, Boulez, Bob Dylan, Warren Zevon, Leonard Cohen. Sometimes I even discover new music myself! But if I really think about it, most of the music I love came to me through friends and family.

I started writing songs right away when I got into the guitar, and I still remember some of the earliest songs. But something happened to me between 2003 and 2005: I had been living in New York for three years and had just moved back to Ireland. I had gone through a break-up that broke my heart, and I was deep into tracing all the albums of Bob Dylan's career. I had made it as far as Blonde on Blonde, and on a recent road trip through Nevada a friend had played me Dylan's live 1970s album "Rolling thunder" where Dylan played old songs with new arrangements. Something about the combination of heart-ache and song-writing/arrangement education from the master songwriting - these things clicked into place and I realized some new things about songwriting. That began a new phase of songs, and some of those songs are on the series of albums I'm working on these days.

I've played in a couple of bands over the years - The Listeners was an indie folk-rock three-piece, and Oh Halo was a gothy dark-pop outfit with female vocalists. But my current solo phase is much more freeing - I don't have to worry about suiting a genre, I can just record whatever songs I want to work on next.

Q: Who are your influences?
Bob Dylan is a huge influence - he's a songwriting master. His lyrics and his melodies are so memorable. Bob Mould is another huge influence - his emotional intensity really resonates with me, and I love the sound palette he paints with. The Cure is a massive favorite - I learned a lot about guitar soloing from listening to Jimi Hendrix, but I think I learned a lot more from listening to Robert Smith. I like all the major singer/songwriters - Cohen, Zevon, David Gray, Nick Cave
90s Indie music is really big for me, too.

Q. Give us a list of your top five albums of all time…
Impossible! So many great albums. I'll try, and it'll break my heart to leave out so many:
1. The Cure: Disintegration
2. Sugar: Copper Blue
3. Whipping Boy: Heartworm
4. Aphex Twin: Selected Ambient Works (cheating here because there are two volumes and 3 CDs, but....)
5. Bob Dylan: Blood on the tracks

Q. How do you feel about playing live?
I love it. I always get extremely nervous and worried before I play, very scared. But as soon as I hit that first note I'm ok. I'm in another world. I'm another person. Gigs always go by too quickly.

Q. How do you describe your sound?
The current body of work spans a large amount of material and a long period of years, but when I started to record these songs I saw that they roughly fell into three categories, with a few exceptions.
On one end of the scale I had a lot of acoustic guitar ballads, very Dylan-esque, or trying to be. I even had harmonica solos on some of them.

Then on the other end of the scale I had heavy full-band songs with lots of distortion, bringing in my influences like Bob Mould, The Cure.

In the middle, the songs are a mix of the two styles.
It's hard to describe it, but I suppose I'm a cross between the Bobs: Mould and Dylan. Indie folk-rock, perhaps.

Q: Tell us about the process of recording Discontent album?
I first worked with producer/engineer Charlie Nieland when I was playing guitar and doing some vocals in Oh Halo. We ended up recording a full album ("Ghosts can't be buried") with Charlie when he was working under the "Super Buddha" moniker. Later, I approached Charlie to see if he'd be interested in working with me on some solo stuff. Originally I was just thinking it would be nice to record an album of solo acoustic songs.

Charlie was happy to work with me, and when I brought him my demos, he was really excited about a lot of them and had such great ideas about how to record them, extra instruments to bring in, equipment to use. The project really took on a life of its own and I began to remember older songs, and find demos I hadn't heard in years, and each song we worked on came out sounding amazing.
We started working on this project in March 2013, and before long I was referring to it as my "never-ending album" project, borrowing from Dylan's "never-ending tour" concept. As the songs piled up, I looked at what I had and saw that they were falling into three rough groupings.

The first grouping is "Discontent." The second is a new album called "The Game" which we're going to be mastering this week. There's a third album called "Not a part of anything" due out next year. And we're already moving into new material. 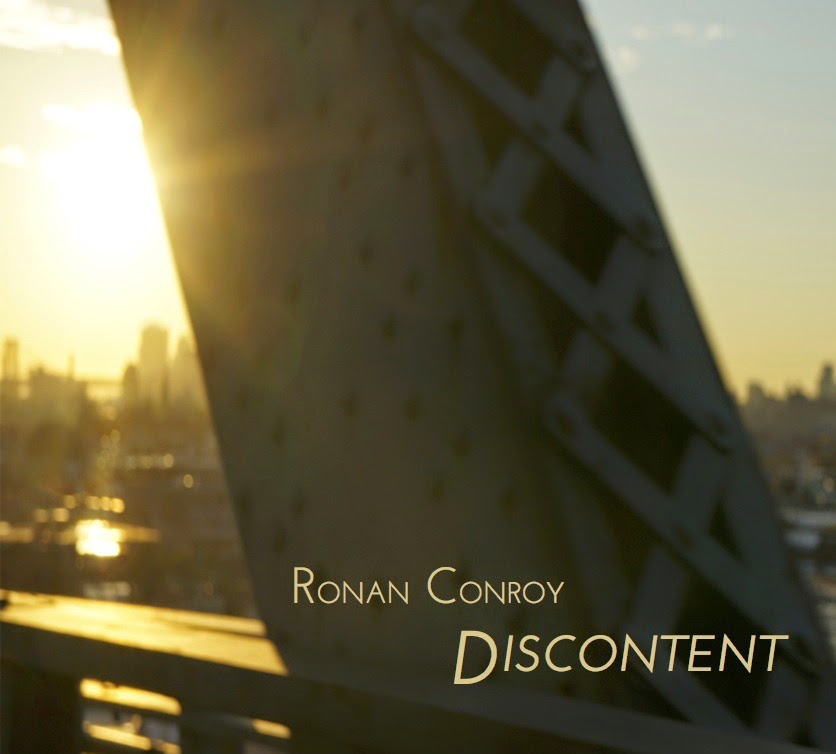 Q. Which new bands do you recommended?
I always seem to be late to the party - I discover bands long after they've come and gone. Although in the last few years I've liked bands that are still a bit more current. I like Lana del Rey, though she's not that new.

I really like the Boston band Mean Creek. I saw them a few times when they were playing really small venues, which was pretty cool. I'm sure they'll be huge. I like Wye Oak, too. Good solid songwriting, though I'm not as excited about their latest keyboard-driven album.
Chelsea Wolfe is definitely worth listening to.
There's a local New York group called Creation Myth that I like - they remind me of a beautiful gothy ethereal band called Love Spirals Downwards. In fact, Love Spirals Downwards was kind of what I was looking for when I joined Oh Halo. I've written some new songs that are a tribute to LSD, and am looking forward to a future album that will feature those songs.
My brother-in-law releases electronic albums as Demonic Sweaters. I think he released about 8 albums this year. He's incredibly prolific.


Q: Which bands you love to made a cover version?
I play lots of Dylan and Nick Cave songs. They work well as covers for me, I think. I'd love to record a cover of Derniere Volonte's "Nos Chairs." There are a few songs on Paul McCartney's incredible album "Memory almost full" that I'd love to perform or record, like "Mr. Bellamy," "Every Present Past," "You tell me," "House of wax." I was never a huge McCartney fan, and had grown into the idea that he was not at the same level as Lennon in the Beatles, but that album really shattered all my preconceptions of McCartney - it's a truly amazing album.

Q: What´s the plans for future?
More albums! "The Game" should, I hope, be released in November. "Not a part of anything" should be out early/middle of 2015. I'll have other albums after that.

I'd love to keep finding fans and reaching new listeners to share the music with.