The Ghost In You with Prevrat - An Interview 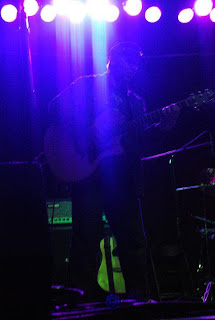 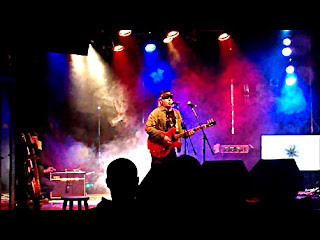 Q. When did Prevrat starts, tell us about the history...
I started working on music again in 2008, after a break of some years with school getting a PhD in physics and getting a job going. It took me quite a while to get my songwriting and playing skills back up to where I was happy with them. Released my debut album as Prevrat, titled "Intelligent Discontent" in March of 2012 to modest reception. My sophomore album Symbols was released on April 9th this year and it has really made me happy with how it has been received. Has been featured by over 30 blogs and that is continuing to grow.

Q: Who are your influences?
My influences are many and varied. They include the Velvet Underground, XTC, Ultravox, The Psychedelic Furs, The Jam, The Clash and Brian Eno.

Q. Made a list of 5 albuns of all time…
In order of when they were released it would be:
The Beatles - Yesterday and Today
Jimi Hendrix - Are You Experienced
Velvet Underground - White Light White Heat
The Clash - London Calling
The Decemberists - Crane Wife

Q. How do you fell playing alive?
I love to perform live and have a pretty cool show. Half my show is electronic based and half is guitar based. Use samples from my recordings to get a full band sound and have very cool lighting from behind with many beams going all over the place. Have a 50 inch video screen in front of my electronics table showing incredible computer graphics.

Q. How do you describe Prevrat sounds?
My music is a blend of influences from electronic, post-punk and new wave that is woven into songs ranging from synthpop to indie rock.

Q: Tell us about the process of recording the songs?
I have a fully equipped Protools studio in my house and do all my recording there. I have seven guitars, four synthesizers and lots of outboard gear. I write my material in the studio and having unlimited time makes it a very organic process. Just a wonderful creative luxury.

Q. Which new bands do you recommended?
I'm glad you asked this. There are two Brazilian artists I like quite a lot, The Sorry Shop and Gimu. I also really like Can Can from Ecuador and I Am Genko who is from Lima, Peru. I would encourage your readers to check these artists out on their Bandcamp pages. 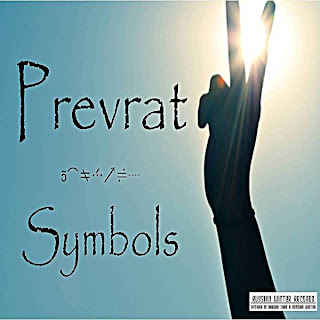 Q: Which bands you love to made a cover version?
While there have been some covers I really like, for myself it is just not something I want to do. I also don't sample other people's music and I'm not into remixes. Just a personal thing. For me creating music is a very intimate experience and there is still stuff inside me I want to get out. Maybe if I hit a time where my writing hits a wall I'll think about doing a cover. For now though it's just not something I find compelling.

Q: What´s the plans for future?
Am doing some touring to support "Symbols" and I have also started working on my next album, but that won't be released for a year. I operate a small indie label, Russian Winter Records and that takes some time to nurture. Have signed a great post-rock cellist, David Downing, and we are preparing his debut album for release in early July.

Q: Any parting words?
A big thank you to Renato and The Blog That Celebrates Itself for the opportunity to let your readers get to know me and my music. Até mais ver .
*
*
*
Thanks Ric