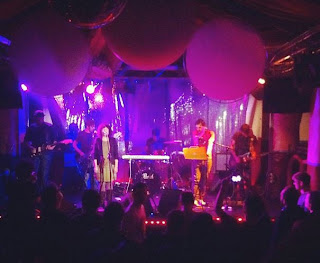 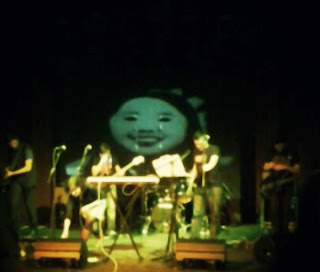 Q. When did Blacanova starts, tell us about the history...
A: Blacanova starts as a band in 2006. The band is named after Olga Baclanova, the leading actress in Tod Browning’s cult film Freaks, though her surname has been changed slightly for phonetic reasons. Even if we started with a strong influence from classic shoegazing and Dark Wave sounds, we developed our own identity apart from clichés quite soon.

Q: Who are your influences?
A. We love a lot of bands: from Slowdive or to The Sisters of Mercy via The Cure or The Jesus and Mary Chain. So many influences to tell, we have been music listeners and buyers for many years. It’s probably a matter of an inevitable collage of influences, mixed up with our own evolution as musicians and songwriters. Each book, record, film, even every feeling ends up giving shape, in one way or another, in our music. We are 6 in the band, with different influences, but we all share a passion for noise and dark.

Q. Made a list of 5 albums of all time…
A: We have more than five, but to say some of them:
Have a nice life: “Deathconciousness”.
Flying Saucer Attack: “Further”.
The Cure: “Disintegration”.
Slowdive: “Souvlaki”
Bauhaus: "In the Flat Field”

Q. How do you feel playing alive?
A. We take everything to put in place Blacanova´s sound when we play live. We really enjoy playing loud and fluctuating between the slow and melodic and outbreaks of intensity. Dynamics is really important in our music. We love to use projections in our concerts: from Coney Island vintage photos to films by Dreyer.

Q. How do you describe Blacanova sounds?
A. We feel close to classic and new shoegaze bands, but we also have a lot of pop, rock and noise influences. Our songs have high and low moments, ambient and clean textures, narrative storytelling and noise overleaping.

Q: Tell us about the process of recording the new album?
A. Someone brings a roughly drawn sketch, and the rest of the band participates giving shape to new songs. Sometimes, you never know how the final result is going to be, it’s like to work instinctively. Lyrics are different; all in the new record are written by Armando and Inés. 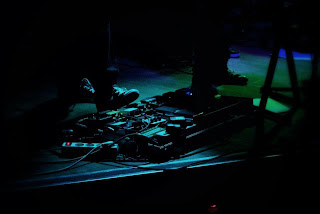 Q. Which new bands do you recommended?
A. Well, even when we can’t call it a new band, we have spent the last two weeks passionately listening to the new MBV album.

Q: Which bands you love to make a cover version?
A: The Sisters of Mercy, Twisted Sister, Klaus Nomi, Black Sabbath and Virgin Prunes.

Q: What´s the plans for future....
For now, our immediate plan is to tour, showing our new record. We have also plans of distribution in other countries, to reach more people. A video from one of the songs have just released, belonging to our latest album (“La migala”: http://www.youtube.com/watch?v=81uZnjXO3I0) and we are going to release other ones quite soon.

We are looking forward to take a new single in the next few weeks, with a new song and remixes as B-sides. It’s in our minds to record some new songs through 2013, but we have to decide the format, maybe a new EP is coming next.

Q: Any parting words?
A: Thank you for giving us the chance to show or music to TBTCI readers! Hope you all enjoy it.
*
*
*
Thanks Friends....