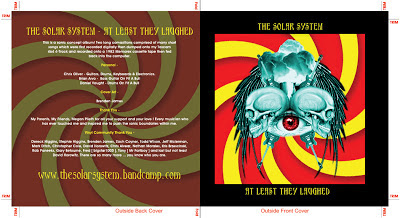 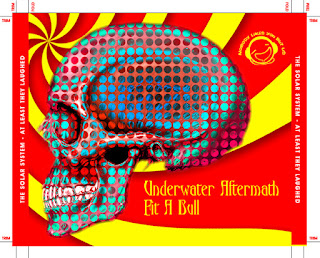 THIS IS A SONIC CONCEPT ALBUM! Two long songs comprised of many short songs which were first recorded digitally then dumped onto my Tascam 464 4-Track and recorded onto a 1982 Memorex cassette tape for further sonic treatments then fed back into the computer.

The new Solar System album came out my want/need to fully express my extreme experimental/psychedelic side of myself. The concept of the album comes from many inspirations mainly from the prog rock/psych rock world. I've always loved and marveled long songs/pieces like "Close To The Edge" by Yes or "Tubular Bells" by Mike Oldfield "Echoes" by Pink Floyd and like the Green Typewriters song suite by The Olivia Tremor Control. So I've always wanted to try to write a very long piece so i went for it. So I came up with a few short songs and thought to myself, How about I put them all together as one long flowing piece. Even though the songs themselves aren't connected to eachother, somehow it worked and flowed together well. So my next thought was to somehow turn it into a sonic concept album as the music itself doesn't tell a story like "S.F. Sorrow" by The Pretty Things or like "Tommy" by The Who. But I thought instead of a concept album consisted of story songs, How about I do a sonic concept in which I recorded all the songs onto a 1982 memorex cassette onto my 4-track to get that tape sound/vibe. And tweak them further and then re-record them into the computer. What I did for the 2nd and last song/piece "Fit A Bull" I decided to randomly bring back bits and pieces from the first song/piece "Underwater Aftermath" but have them come back backwards. So all during Fit A Bull random bits from the previous track comes at you in reverse which to me is sonically feeding into the soundscape story. Maybe even as much as it's been said before, have it been seen more as a soundtrack to a movie that doesn't exist!

I will never write/record another album like this but I needed to get this out of my system and show this side of myself. Right now The Solar System is a full band and we are currently recording a EP of older Solar System songs but drastically re-worked with the band. We are also writing new material together. Last practice we started work on our first song together as a group. It's all coming together so well and it's very exciting times for me and the rest of the guys.
*
*
*
Thanks Chris!!!