Lost in These Machines with Butterfly Child - An Interview 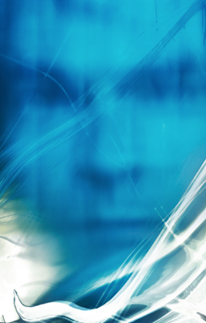 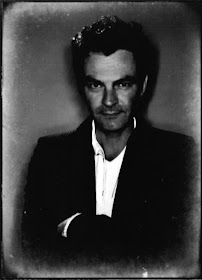 1.When did Butterfly Child start? Tell us about the history.
I guess Butterfly Child technically started when I was around 7 years old. My parents bought a big house in Belfast, Ireland and when we moved into the house it had a large overgrown garden. I would walk in there everyday with the grass taller than I was and I would let my imagination run wild. One day while I was in that garden, I made up a character in a story called The Butterfly Child. No idea where it came from. Years later, when I really started getting into actually writing/ recording music (around 14 years old) I would save my pocket money to rent out a 4-Track recorder over the weekends but I never had a name for my band as it were. Eventually I started getting asked if I was interested in playing live shows etc and I went with the name Butterfly Child. Purely because it was something innocent and naive from my past. A little later on i started playing a bunch of shows with my friends Pace and Willie along with a drum machine as Butterfly Child and we started getting some label interest. Finally around 1990, my friend Gary from Papa Sprain went to meet Rudy from A.R.Kane and it turned out that Rudy wanted to start a record label. Since I was a huge A.R.Kane fan it was a no brainer to work with him. And Rudy seemed to like what Papa Sprain and Butterfly Child were doing. So, I recorded the first two Butterfly Child EP's for H.Ark! And that is really when things got started properly.

3.Make a list of 5 albums of all time.
There is no such thing as the top 5 albums of all time obviously. Even my list would probably change every week. But these 5 are probably the albums that influenced me the most.
Abbey Road - The Beatles
Low-Life - New Order
Secrets Of The Beehive - David Sylvian
Pet Sounds - The Beach boys
69 - A.R.Kane

4.How do you feel playing live?
I don't play live very often these days. But it usually feels good. Just takes a lot of work. I am usually at my happiest working in a recording studio and realizing I did something worthwhile in an afternoon.

5.How do you describe Butterfly Child sounds?
Hmmm. Really depends on the era of Butterfly Child. I guess if I was going to describe it in one term it would currently be "big intimacy".


6.Tell us about the process of recording the songs.
I have been lucky enough to have had my own recording studio for the last 15 years. I have hundreds of songs sitting around and sometimes I will go back to something from 12 years ago that I never finished. Or sometimes I will be in the car and a melody comes up and I will rush home to record the whole song in a an afternoon. Some songs are puzzles that you need to solve. Other songs come to you out of nowhere and are finished in 5 minutes.

7. New bands do you recommend?
I don't really have any recommendations. I still listen to everything new that comes out but due to way music is delivered these days and how the album has diminished in importance (I would obviously disagree) I usually just get excited by a song or two by an artist. And that doesn't deserve a recommendation. I wish artists would go back to making a great body of work. Or at least trying to.

8. Which band would you have loved to have made a cover version of?
Personally I am not that interested in cover versions. I am more interested in putting my own stuff out there. I did play a cover of AC/ DC's "You Shook Me All Night Long" a few years ago. But I basically rewrote the song. It has zero resemblance to the original at all.

9.What are your plans for the future?
Well. Funnily enough promoting the new Butterfly Child "Futures" album. Other than that, to keep trying to write the greatest song of all time and enjoy life.