Guilty Of Everything with Linoleum Dream - An Interview 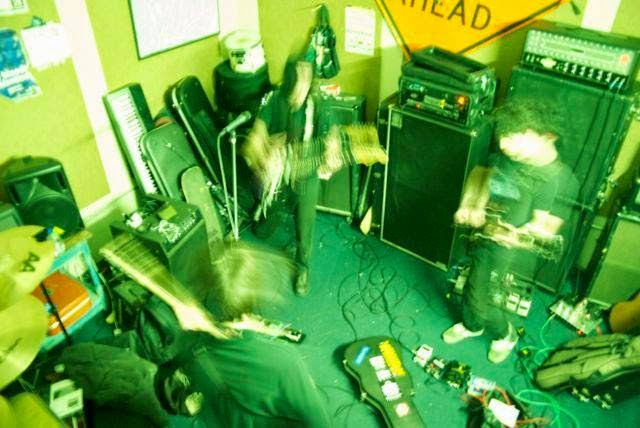 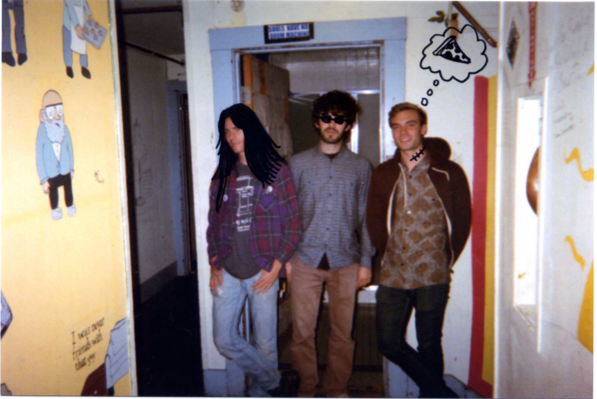 Q. When did Linoleum Dream start, tell us about the history...
LD sorta began when me and Nate started jamming in his living room back in November 2011. We wrote a few songs, got a drummer and bassist, then recorded a demo in April 2012 and played a handful of shows (all under a different name). I try to avoid talking about that era of the band for various reasons, but mostly because we weren’t very good. Anyhow, our original bassist moved to Alaska or something, and we kicked our drummer out because he was addicted to crystal meth. Then in fall 2013, we got Trevor from Lycus to play drums for us and we changed our name to Linoleum Dream. A few months later Amado joined on bass, and in May 2014 we played our first show as Linoleum Dream and recorded a new demo with Jack Shirley, who produced Whirl’s “Distressor” among many other great records. After difficulty getting shows in Oakland, we went up to Portland and Olympia to play some really cool gigs with our friends’ bands. In September 2014 TJ replaced Trevor on drums and we played a few more shows in Oakland and San Francisco, then we began recording an album in January 2015, which will probably be released sometime this spring/summer.

Q: Who are your influences?
Mainly Lush’s early stuff, and MBV’s “You Made me Realise”/”Isn’t Anything?” era, as well as Swirlies, early Throwing Muses, The Smiths, Funeral Diner, The Cure, Banshees, Moss Icon, and a bunch of other stuff.

Q. Make a list of 5 albums of all time…
As for me personally, I’d have to go with:

Q. How do you feel playing live?
We love playing live. The main reason we make recordings is to promote ourselves so people will book us for shows. DIY house shows are the best. Bar shows, on the other hand are unequivocally terrible. A bunch of people have tried to book us for 21+ shows and we refuse every time.

Q. How do you describe Linoleum Dream’s sounds?
Sometimes we’re searing and intense, other times we’re super pretty and melodic. Live, we can be pretty abrasive. The vocals are airy, emotional and kinda depressing. Lots of interplay between the guitar and drums, really groovy.

Q: Tell us about the process of recording the songs?
We like to track basic instruments live for the most part, so as to capture the natural energy of all of us playing together. Then some additional lead guitar parts and vocals are overdubbed. I recorded all the vocals on the self-titled EP drunk, which is probably why they aren’t very good.

Q. Which new bands do you recommend?
Nothing from Philadelphia is pretty much #1 in the game right now. Incredible band and also really nice, down-to-earth guys. We also really dig Ovlov, Broken Water, Silver Shadows, Porcelain God (from Tacoma, WA) and Pass (from Portland, Amado plays guitar for them).

Q: Which bands would you like to cover?
We’ve talked about covering the song “A House is not a Motel” by Love. I think that would be pretty sick. Either that or “Can’t Decide” by Black Flag.

Q: What are your plans for the future?
Release our album, do a west coast tour and then hopefully an east coast tour at some point. After that I dunno.

Q: Any parting words?
Fuck cops, fuck gentrification, fuck the G.O.P. Shout out to Whirr, shout out to Nothing, shout out to the illuminati. Also, I’m the second-best guitarist in the world. The end.
*
*
*
Thanks